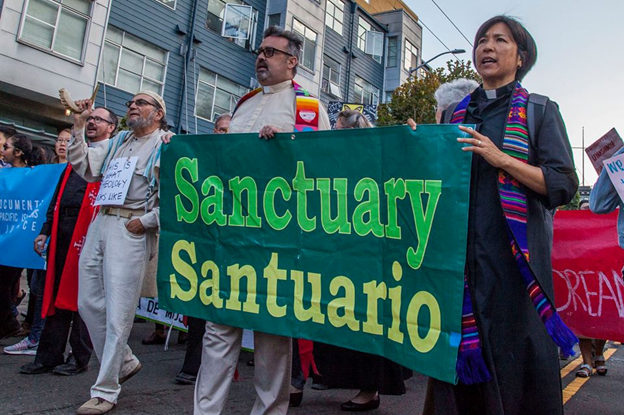 Treat the stranger as your own.

Love has no walls.

For more than twenty years, the Interfaith Movement for Human Integrity has been joining hands with people of faith to act on these core beliefs. We defend the humanity of the immigrant and fight for the rights of the incarcerated.

Working at the intersection of spirituality and social movements, we mobilize congregations to take a stand on issues of social justice like immigration and mass incarceration, and we engage people of faith to develop their own leadership so they can stand up against racism, discrimination and the political challenges of the day. We bring a faith voice to social movement coalitions, providing a compassionate religious perspective amidst the clamor of angry political actors.

We adopted our current name in 2015, but we grew out of a congregation-based movement for social justice that began in California in the 1990s. Our predecessor organizations were Clergy and Laity United for Economic Justice of California, which supported unions, worker centers and low-wage workers, and the Interfaith Coalition for Immigrant Rights.

Today, we are a statewide California organization that connects clergy and people of faith to the work of social justice in Los Angeles County, the San Francisco Bay Area, and the Inland Valleys. We work to make the criminal justice system more just, and the immigration system more fair and humane. In the last two years, we trained 1,500 people of faith to take leadership roles, engaged 140 congregations and partner organizations, and reached more than 35,000 people with a message of hope, love and resilience. 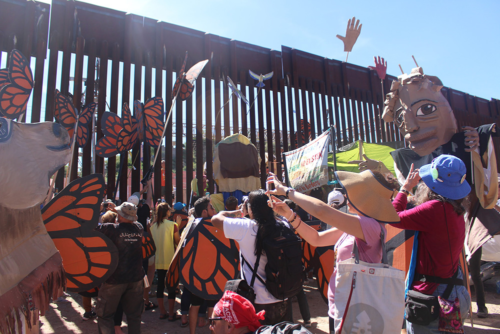 How do we support Immigrants? 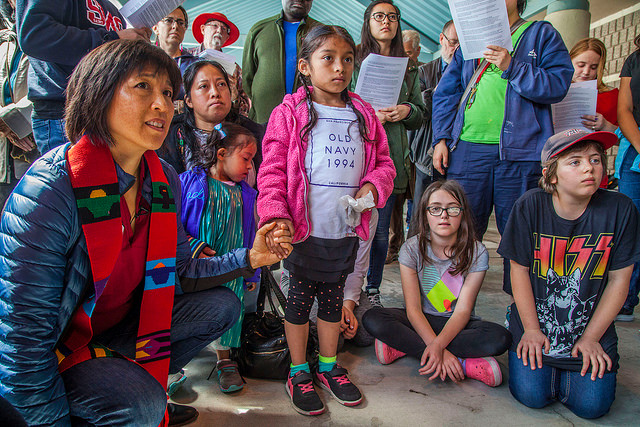 We organize people of faith to protect the rights, dignity and well-being of immigrants. We help educate and guide people congregations to become sanctuary congregations who can accompany, shelter, and advocate for people threatened by deportation. We train teams of volunteers to support and accompany people who are in detention or who have to attend frightening immigration hearings or begin their life as newcomers to this country. We host regular prayer vigils at immigration detention centers to make visible the humanity of those detained. And we bring the voices of faith leaders – both lay and professional – immigrant and non-immigrant – to coalition efforts that advocate for fair and compassionate immigration policies. We promote and nurture the leadership of directly impacted immigrants and faith allies to stand up for human rights and the dignity of all people.

What kind of work are we doing around Mass Incarceration?

We engage communities of faith to transform and dismantle the mass criminalization of people of color. Currently, the focus of our work is in Los Angeles, home to the world’s largest jail system.  We have created a network of “Beyond Bars” congregations committed to welcoming home formerly incarcerated persons and advocating for criminal justice reform.  Our “Justice not Jails” program in Los Angeles works to divest resources from jails to investment in effective alternatives. We also promote greater accountability by law enforcement. 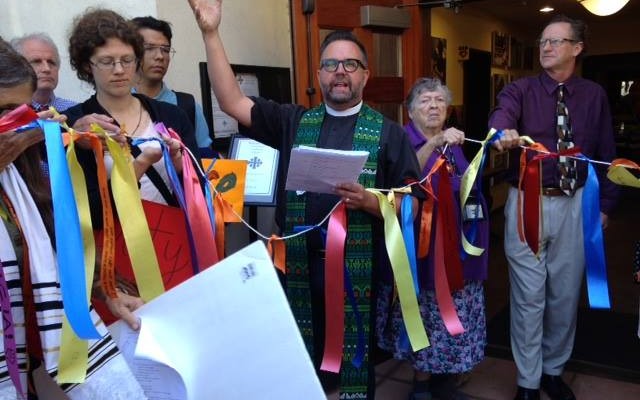 We provide opportunities for people of faith to engage in public life — both those who are directly impacted by racism, poverty, discrimination and criminalization, and those who are allies. We offer trainings, education and opportunities for action for everyday people to develop their leadership ability, and we help engage them in a larger social movement for racial justice and human rights. You are welcome to join us!

Integrity means wholeness, and it is central to our vision because it points to the importance of respecting the wholeness of every individual, every family, and every community. Dr. Martin Luther King, Jr. wrote about the importance of human wholeness. “The gospel at its best,” he wrote, “deals with the whole person, not only their soul but their body, not only their spiritual well-being, but their material well being. Any religion that professes to be concerned about the souls of people and is not concerned about the slums that damn them, the economic conditions that strangle them and the social conditions that cripple them is a spiritually moribund religion awaiting burial.”

We adopted our current name in 2015, but we grew out of two organizations that began in the mid-1990’s: Clergy and Laity United for Economic Justice of California (CLUE-CA), which supported unions, worker centers and low-wage workers, and the Interfaith Coalition for Immigrant Rights (ICIR) which advocated for immigrant rights in the state of California.

Download a color-printable PDF of our tri-fold brochure, or one-page handout flyer.