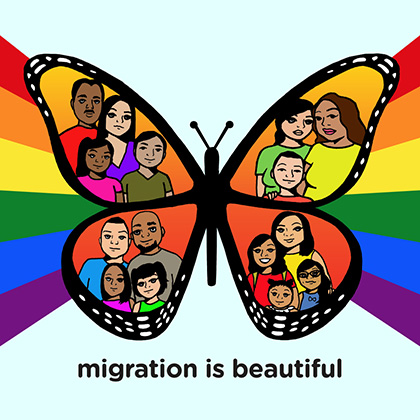 The Post Release Accompaniment Program is a new program that offers the safe release of immigrant detainees at the West County Detention Facility by providing short-term housing, in emergency cases, and transportation to airports or bus stations by willing and giving volunteers. This program was created in response to the increasing number of detainees arriving at WCDF from the border, many of whom are asylum seekers fleeing extreme circumstances in their homeland. The program is in collaboration with ICIR-CLUE-CA, CIVIC, and Centro Legal de la Raza, all of which are the leading immigrant rights organizations in the Bay Area. Since the program has started in April, we have helped over 80 releases get home safely. The program is still progressing and it is a learning process for all involved.

On July 24th, community members, activists, and organizers from all over the Bay Area came together for the Post Release Accompaniment Program’s first official volunteer orientation to learn more about the program. Current as well as prospective volunteers were given the opportunity to interact with those from the program as well as gain perspective in to the way things are run and what is expected of volunteers. The volunteers were given a detailed background, highlighting brief history of the issue and more in-depth steps for the volunteers. Please find the attached volunteer orientation packet as well as the forms to sign up.