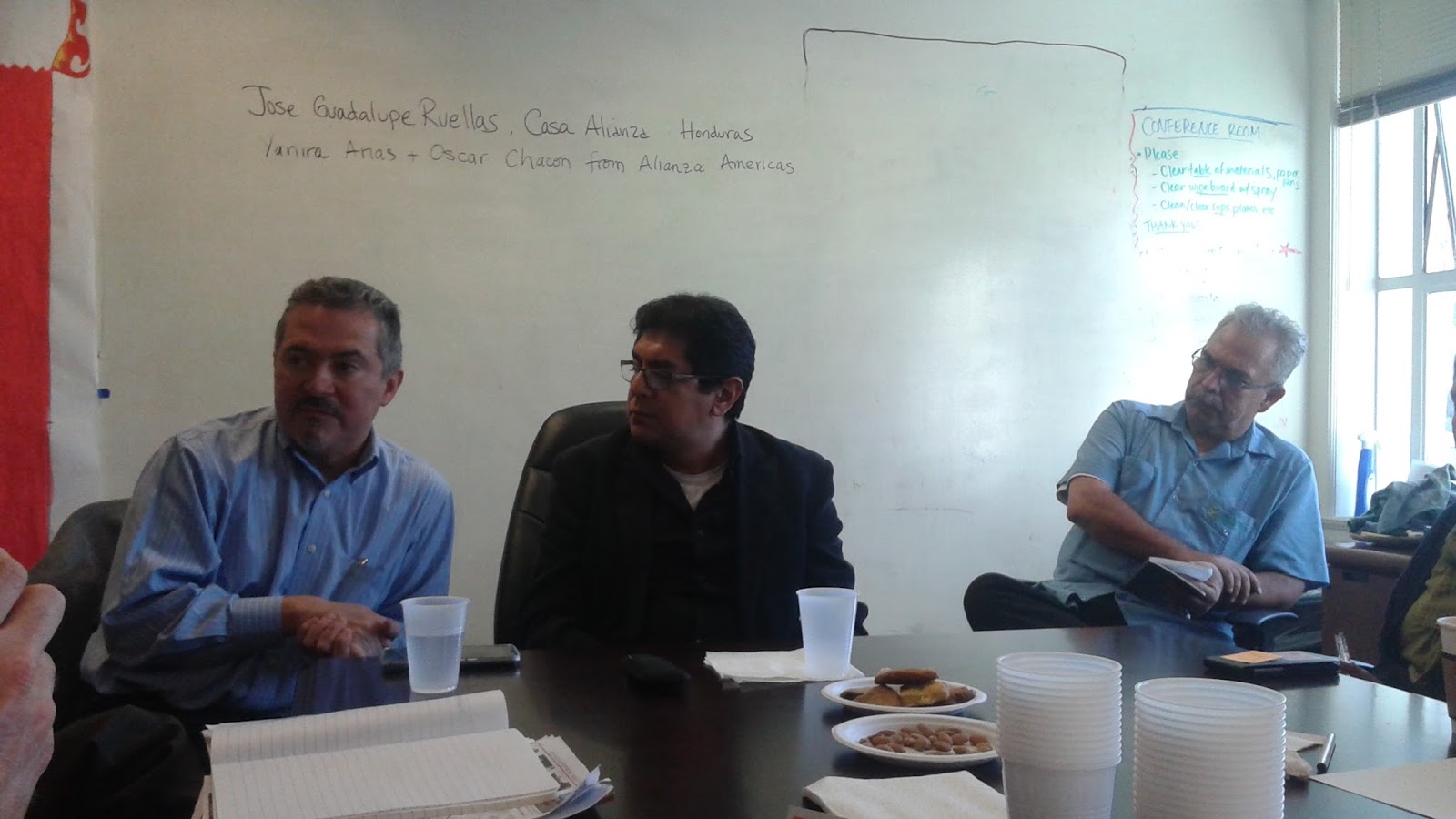 This past Tuesday we had the privilege to have a conversation with Honduran Jose Guadalupe Ruellas from Casa Alianza about the root causes of child migration in Honduras.

It was a an eye-opening conversation as he related the 4 most pressing issues that are driving thousands of children out of Honduras, and at the same time creating untold suffering and violence in Honduras.

You can listen to the FULL audio of the conversation here.

If you prefer to read the notes, scroll down to see highlights of what he shared: 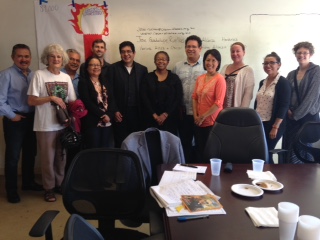 What are the root causes that make people including children want to migrate?

Lack access to health care or education.  1 million kids not in school- 34/100 6th grade graduates go on to the next level—500,000 children exploited as “wage” labor.  Many as domestic employment—elite oppose legalizing domestic labor so it won’t be regulated—25% of teenage girls are pregnant—over half the violence against children is against girls.

6 years ago it was 40 children a month killed, but since military police have been used to patrol the streets over last 6 years, the rate is now 80 children per month.

The dominant narrative is to blame the violence on gangs, but a recent study of the inmate population in Honduras shows that there are 17,000 inmates—52% of whom are awaiting trial.  Of that population there are only  600 are gang members.

UNICEF research shows that there are only 5000 gang members in Honduras.

Private security companies can only be owned by members of military or police—a lot of profits for a very small % of the population.

Security apparatus greatly outnumbers gang members—gangs and narco-trafficers are responsible for some violence but violence is a BIG money-making operation.

In 2014, security related spending in the country as a whole was $1 Billion.  $600,000,000 partly for salary but a lot for cameras,  cars etc.  $400,000 was spent on extortion fees paid by the population as a whole.  Government continues to say violence is from gangs.  Young people are blamed for violence but actually are the recipients of the violence. Media says young people are being killed in turf wars over territory. The killers are all riding very expensive cars, weapons, communication equipment.  The kids have none of this. People with lots of training and resources are out killing children who have nothing.  “Never before have we spent so much on policing and the military and never before have we had so many kids killed.”

We need a new security strategy that does not rely on weaponry but on art, culture, good ability to relate to the population, and schools.

Corruption explains why violence and narco-trafficking have penetrated.   Explains why so many kids have no education.  Current government has stolen $350 million from the National Health Social Security budgets to finance their own campaigns.  The highly corrupt govt. put their own people in Supreme Court and Attorney General’s  office. Prevents govt from being called into account.

“People do not encounter any hope, no schools, no access to land, and a Mother doesn’t know if her daughter who will come home from school at the end of the day.

We are dismayed when faith community tell people to forget about these issues.  Pope is a bit of hope. Auxiliary Bishop of Tegucigalpa got a bunch of cash and evangelical leaders ($400 million)—as well in corruption related deal.

Q Why are young people being killed?

Q But they can see it does not work

Q what happens when people are deported back to H?

A  Jan-early Sept  2015  5800 children deported just from Mexico.  These children go back to the exact same situation they tried to leave. Stats show that 1 child who tries to leave will try 6 times.  Story of a young girl who was deported—upon her coming back everyone in the community saw her differently –said she probably had a lot of sex to get to the US and therefore she probably was infected and had a lot of bad habits- her parents’ friends wouldn’t let their kids play with her

No mental health support for these kids—churches could do this if trained—in an ideal world you would want parents, teachers, health care workers to  be trained to do this.  We have been working since 2000 with deported children. Getting bigger and more complex.  Kids don’t get any degree of sensitivity on the whole.

3 days a week when children are sent back to Honduras-m,w,f—New Eden Center for them—trying to contact the parents and the schools–a lot of kids don’t trust them—think they want to follow them (the kids) to watch them.—the first people they want to contact are the people who helped them get out

Q:  have there been any signs that churches are more likely to help (US)

A generally there is an attitude “this is not my problem”—most help through Catholic church, Lutheran Church—not enough being done—especially addressing the factors that make people want to leave

A: Deportation in recent months has decreased by 75% but deportations from Mexico increased by the same proportion—Mexico is becoming the new US border.

A:We are very concerned about the Partnership for Prosperity. Problem of corruption means that there will be less aid (reduced by 60%) and the focus will be security, slashing any social aid. (See above). We find this trend very dangerous. This particular president is very enamored with making Honduras even more militarized.  They bring children to military installations to be trained.

Q;  What would you like us to ask our congressional leaders to do?

A:  1) Stop Military Aid;  2)  Demand transparency in how the Honduran government is using the money given and in their own spending.  3)  Put as a condition that for every $1 given in aid, the Honduran government must invest $1 in Secondary Education.  4)  Reverse the “secretive Law”  which allows the President to keep the budget of 14 departments a secret.  5)  End the immunity and impunity of military police from being investigated in Crimes they are involved in – part of 2014 law approving military police patrolling in local communities.  (He himself had been attacked by 7 military policy, and was told they were protected by immunity.)